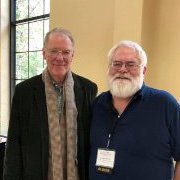 By Dwight Brown
October 21, 2022 in The Auction Scroll