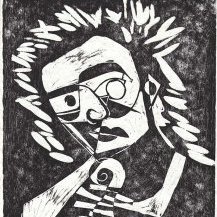 By Advocatus Diaboli,
May 2, 2018 in Contemporary Maker's Gallery